The Denim Braided Rug tutorial post is one of the most popular posts I ever composed.  In fact, it's got the most hits of any post I ever wrote.   I've got a confession to make, after a while I wasn't crazy about the way it was coming out.  Truth is, I eventually abandoned the project.  It just didn't look the way I felt it should.

In fact, after taking a rug braiding class, I realized I hated the whole process.  I was actually a little shocked by how much I hated.  I also discovered along the way that I disliked crocheted rag rugs.  Oh I like the way they look but I can't stand the lack of symmetry in the ones I've made.  I get that the lack of symmetry is all about my lack of crocheting skills and that I'd likely get better with practice but its not enough to make me want to keep trying.

So have I given up on rug making?  No way!!  I just found a raw material and technique that worked better for me!  Here's a sneak peek 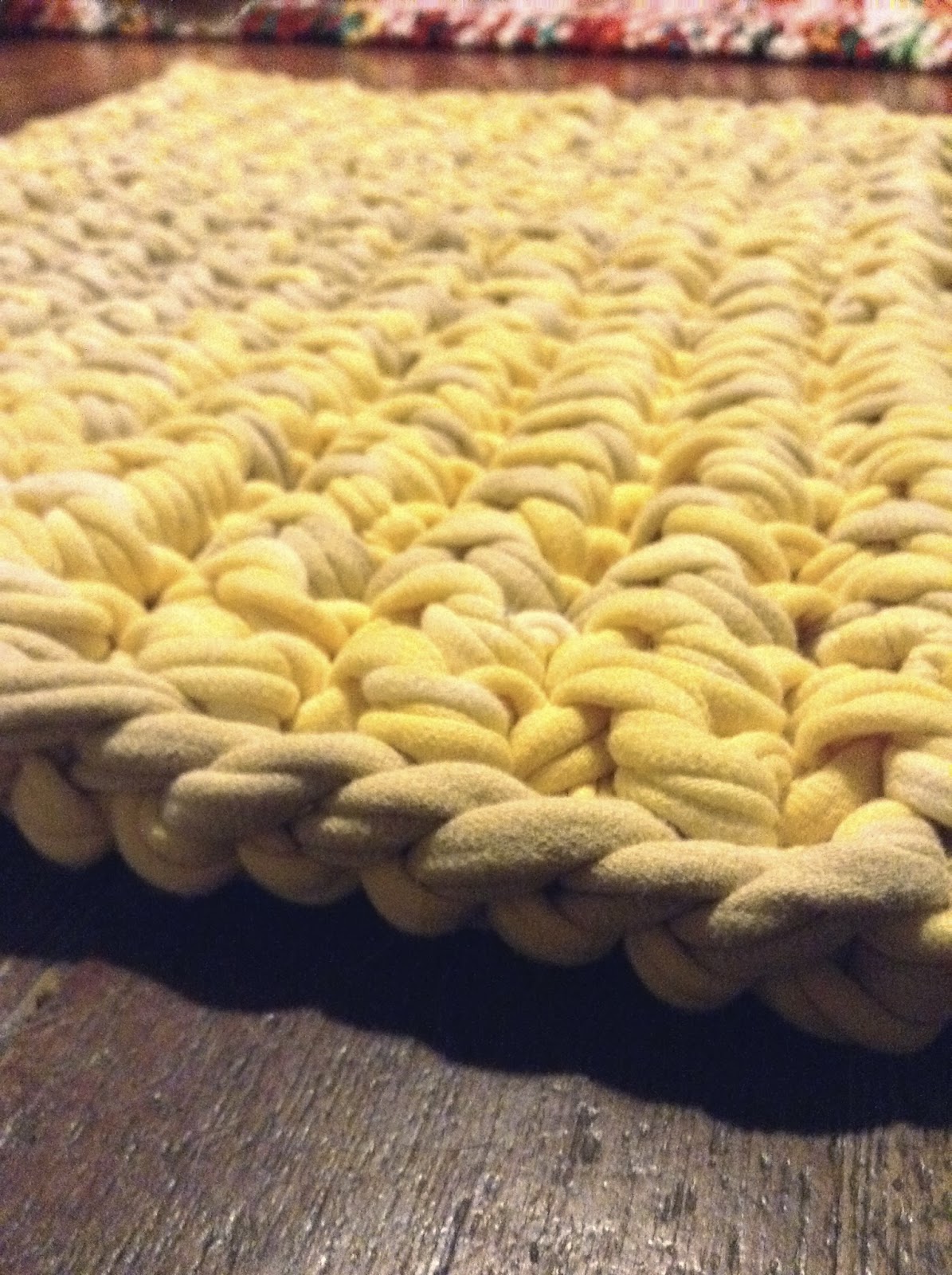 Can you tell what I've used?

It looks like the old potholder weave. You know the one where you put the loops around the pegs on the square loom? Just maybe a bigger loom.