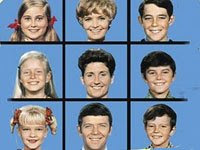 First let me say, Isa's recipe is probably seven billion times better than what I did but in spite of this, I was pretty pleased with the results. Also, I would never have come up with this in a thousand years if she hadn't written that post. So go over there and try hers, I'll join you when all my kids move out.

I was intrigued by her mention of using chickpea flour in place of nutritional yeast. I never thought of them as substitutes for each other. I figured what the heck and gave it a try. I used the very much simplified seitan recipe from Veganomicon as my base recipe. Holy cow, that is the simplest seitan recipe I've ever seen and it tastes great. Jim liked it much better than any of the other versions I make. I confess, I did bake my seitan for 1 1/2 hours at 325 degrees in a covered pan. I just like the texture so much better using this method.

Once my seitan was cooking, and warming up my once chilly kitchen, I pondered my next move. I had plenty of apples but with kids I walk a fine line. Did I dare include ginger? In the end, I opted to just chop 6 appples and simmer then down into applesauce. I added nothing to them because they are some of the tastiest Cortland apples I've ever encountered. BTW, I always leave the skins on the apples.

For a side dish, I chopped some onions, and carrots and sauteed them in olive oil before adding some bulgur. I served this along with a mixed green salad, probably one of the last of the year, compliments of our CSA.

Serving is important around here since the need to segregate food on the dinner plate is still a priority to some of my kids. I opted to put the applesauce next to the seitan rather than on top but I urged everyone to combine with reckless abandon.

The reaction was mixed as everyone came to the table, although I saw a gleam of recognition in Jim's eye (perhaps he too was channeling Peter Brady.) Once everyone got over their initial suspicion, the meal was a big hit. I'm definitely filing that one away for future use.
Posted by Katie at 9:24 AM

I just checked Vcon out of the library and am going to try your favorite recipes from it since we seem to have similar tastebuds. :-)

Can you think of any more?
Ruthie

I haven't tried that many recipes in it but the ones you listed are awesome. Let me know what you like. I'm always looking for new ideas.